21 Richest Boxers in the World [Are You Ready to Rumble?]

Boxing is one the biggest and most lucrative sports in the world and if they play their cards right, most boxers end up with a hefty fortune while still in their prime. The richest boxers in the world are often the biggest draws but they don’t necessarily have to be the best boxer ever. 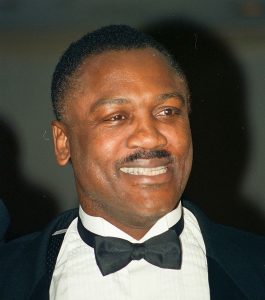 As a boxer, Joe Frazier was known for his strength, durability, formidable punching power, and relentless pressure fighting style. He was the first boxer to ever beat Muhammad Ali back in 1971 in their match dubbed “The Fight of the Century”.

Despite making millions in the ring and having a lively post-boxing career with his work in showbiz and as a spokesman for brands, Frazier died broke. He reportedly spent money faster than he made it and by the time of his death in 2011 he was worth only $100,000. 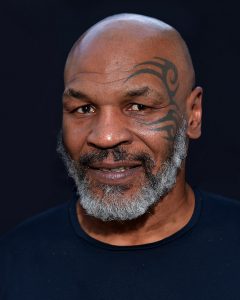 his total career earnings are reported to have been as high as $685 million. That would’ve made him the richest boxer in the world today.

However, after a string of poor financial decisions that included buying houses he never lived in and cars he never drove, Tyson racked up $23 million in debt and was forced to file for bankruptcy in 2003.

He has since recovered thanks to a string of acting roles, his podcast Hotboxin’ with Mike Tyson and his weed company Tyson Ranch. 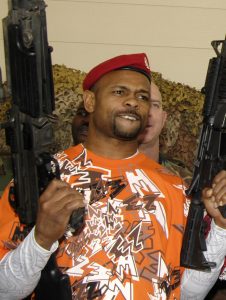 Roy Jones Jr. competed in the ring from 1989 to 2018 and held multiple world championships in four weight classes.

Many consider Jones as one of the best boxers of all time, pound for pound. He left his mark in the sport’s history when he won the WBA heavyweight title in 2003, becoming the first former middleweight champion in 106 years to win a heavyweight title.

Jones started a rap career in 2001 and has appeared in three boxing films —  Grudge Match, Southpaw, and Creed 2 —  as himself. 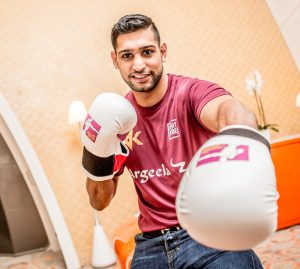 Amir Khan has quickly become one of the most popular British boxers in the modern era, he has generated over 82 million in TV viewership throughout his career. This has translated to $109 million in PPV revenue in the US.

Outside of boxing Khan also has a very career as a philanthropist, promoter, sponsor, and public figure. He has his own charity organization, the Amir Khan Foundation, the owner of Khan Promotions, and the Amir Khan Academy in Pakistan.

He is also the co-owner of Super Fight League, an MMA promotion based in India and Super Boxing League, the first professional boxing league in India. 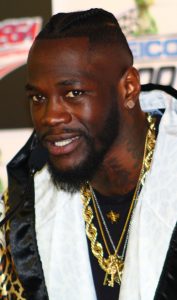 Deontay Wilder had a late start to boxing, he took up the sport at 20 years old and made his professional debut at 23. Since then he has become one of the top boxers in the heavyweight division, winning 42 out of 44 fights, 41 by knockout, and 20 of those KOs in the first round.

Wilder has pocketed $500,000 from his endorsement deal with RECOVƎR 180°, a US sports performance beverage. 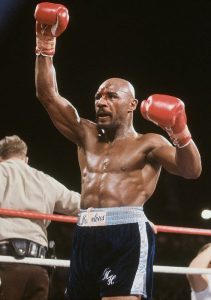 Marvin Hagler had the second-longest unified championship reign in boxing history between 1980 and 1987. At six years and seven months, his reign was behind Tony Zale, whose reign included several years of inactivity during his service in World War II.

He lost the title to Sugar Ray Leonard in 1987, and after the loss moved to Italy where he became a well-known action movie star. Hagler has also provided boxing commentary for British TV over the years. 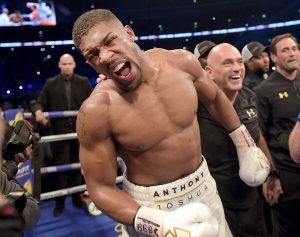 Anthony Joshua is one of the top active heavyweight boxers in the world, he’s won 23 out of 24 fights with his solitary coming at the hands of Andy Ruiz Jr.

In 2018, Joshua signed a $120 million deal with Matchroom Boxing as part of their $1 billion deal with DAZN. He is also a marketing juggernaut, with more than a dozen endorsement deals with brands like Under Armour, Jaguar LandRover, Beats, British Airways and Hugo Boss. 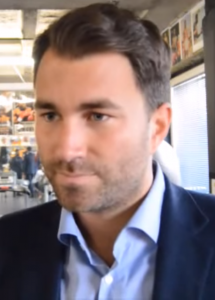 Eddie Hearn is a boxing promoter working largely in the UK for Matchroom Sport, which has an exclusive TV deal with Sky Sports to broadcast up to 20 shows a year.

In May 2018, Hearn signed a $1 billion boxing deal with DAZN to stream shows across America. In 2019, he signed co-promotional deals with Gennady Golovkin and Devin Haney, to broadcast their fights on DAZN in the U.S. and Sky Sports in the UK. 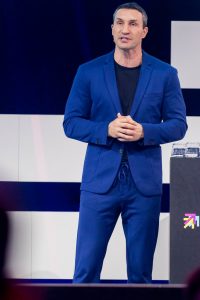 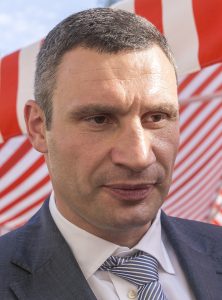 Standing at 2.01 meters (6 feet 7 inches) and usually coming into fights around 250 pounds (113 kg), Klitschko was renowned for having exceptional ring dominance.

He was one of the most prolific heavyweight boxers in history and was still the reigning WBC world heavyweight champion when he retired at 42 in 2013.

Klitschko formally began his political career in 2006 when he placed second in the Kyiv mayoral race, a position he was later elected to in 2014. 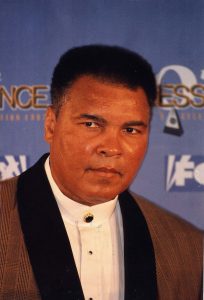 Some consider Muhammad Ali the top heavyweight boxer of the 20th century and is widely regarded as one of the best boxers of all time.

“The Rumble in the Jungle” became the world’s most-watched live television broadcast at the time in large part thanks to Ali, who thrived in the spotlight at a time when many fighters let their managers do the talking. 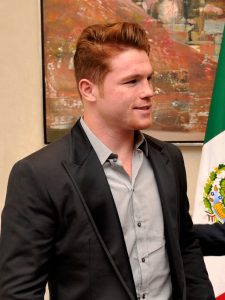 Alvarez has a number of endorsements currently signed, having deals with Under Armour, Coppel Tecate, Hennessy, and Everlast. He is also a boxing promoter in Mexico and his company, Canelo Promotions, has represented 40 boxers throughout Mexico. 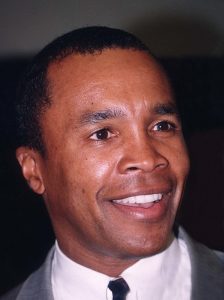 Sugar Ray Leonard gained prominence as part of “The Fabulous Four”, a group of famous black boxers, and one Panamanian boxer, who were credited with keeping boxing relevant in the post-Muhammad Ali era throughout the 1980s. In that time Leonard became the first boxer to earn more than $100 million in purses.

Leonard has since worked as a boxing analyst, served as a host and mentor on the boxing competition show The Contender, and had a short-lived boxing promotion company. 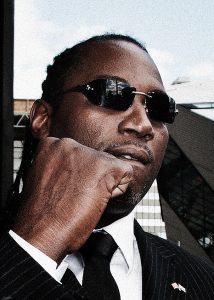 It was the highest-grossing event in pay-per-view history at the time and generated $106.9 million from 1.95 million PPV buys. After his retirement, Lewis worked as a boxing analyst for HBO on Boxing After Dark from 2006 until 2010. 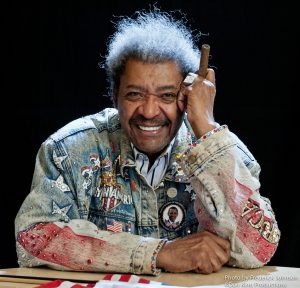 Don King is one of the most controversial figures in all of boxing. He was one of boxing’s preeminent promoters and promoted the premier heavyweight fights of the 1970s under the Don King Productions promotional banner.

Outside of boxing, he also managed The Jacksons 5’s 1984 Victory Tour and was also the publisher of the weekly newspaper the Cleveland Call and Post from 1998 to 2011. 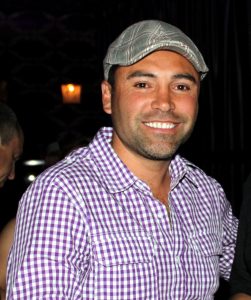 It’s through Golden Boy that De La Hoya has amassed the majority of his fortune. The firm also owns 25% of American soccer team Houston Dynamo and magazines The Ring, KO Magazine, and World Boxing Magazine. 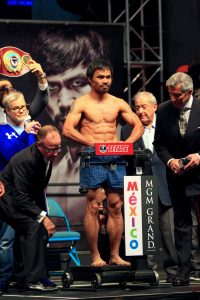 Manny Pacquiao has earned a reputation as one of the best pound-for-pound boxers of all time. He’s won twelve major world titles and is the only boxer in history to have held a world championship in four different decades (the 1990s, 2000s, 2010s, 2020s).

Pacquiao has generated approximately 20 million PPV buys and $1.2 billion in revenue from his 25 PPV fights and at some point was the highest paid boxer in the world. His fight against Floyd Mayweather in 2015 remains the best-selling fight in the history of boxing with 4.6 million PPV buys. 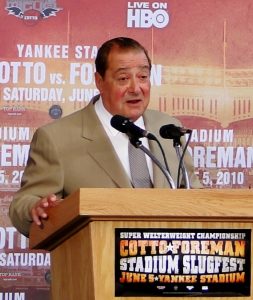 Bob Arum worked as an attorney in the United States Department of Justice during the Kennedy administration and had little interest in boxing, until 1965. I 1966, Arum became a VP and Secretary of Muhammad Ali’s promotion company, Main Bout, and never looked back.

During the 1980s, Arum became a driving force behind the sport, rivaling Don King, and put on some of the biggest super fights of the era. By the 1990s, he was promoting superstars like Oscar De La Hoya, Manny Pacquiao, Erik Morales, and Julio César Chávez.

Arum has concentrated largely on promoting Hispanic fighters in recent years and has booked many of his shows in cities with large Spanish-speaking populations. 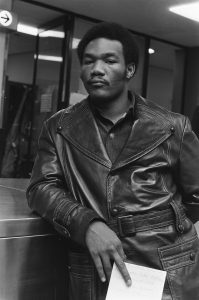 After retiring in 1997, for the second time, with a final record of 76 wins (68 KOs) and 5 losses. George Foreman was approached by Salton, Inc. to become the spokesperson for its new fat-reducing grill.

Salton paid him $138 million for the right to use his name, prior to that he was paid about 40% of the profits on each grill sold. That earned him $4.5 million a month in payouts at the grill’s peak, a total of over $200 million from the endorsement. Substantially more than he earned as a boxer. 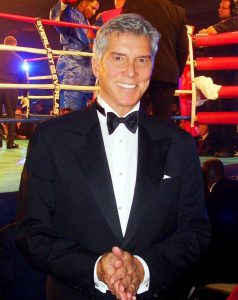 Micheal Buffer has been a prominent ring announcer for boxing and wrestling matches since the 80s, pioneering a distinctive announcing style that’s become synonymous with sports announcing.

In the late 1980s, he was the exclusive announcer for bouts hosted in casinos that Donald Trump owned and coined the catchphrase “Let’s Get Ready To Rumble!”. Buffer successfully trademarked the phrase in 1992 and consequently earned a large part of his $400 million fortune from the license, making him one of the world’s richest boxers. 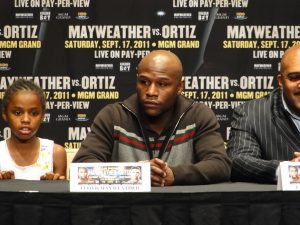 Floyd Mayweather Jr has used his expert defensive style and deadly accurate punching prowess over the last 26 years to become one of the most lucrative pay-per-view attractions of all time, in any sport, and the richest boxer in the world.

Mayweather has generated approximately 24 million PPV buys and $1.67 billion in revenue throughout his career, surpassing a litany of boxing superstars to assume his position atop the list of richest boxers of all time.

His 2017 fight against the highest paid UFC fighter, Conor McGregor’, generated 4.3 million PPV buys and $370 million in revenue. Mayweather’s guaranteed paycheck for the fight was $100 million, already making him the highest paid boxer in the world, but he ended walking away with a reported $275 million, the highest payout for a single fight in history!

The world’s richest boxers have built an incredible net worth throughout their careers but as evidenced by the list they’ve continued to sustain in their post-careers. Having good skills inside the ring is just as important as being financially astute outside of it to remain one of the top richest boxers.

Q: What is Mike Tyson’s net worth?
A: Mike Tyson is estimated to have accrued over $400 million during his career, but he lost it all and filed for bankruptcy in 2003. His estimated net worth, as of 2020, is only $3 million although he does have a cannabis company that’s estimated at around $15 million.