Tennis was invented in 1873 and has remained one of the most popular sports ever since. Today, tennis fans have a chance to enjoy numerous tournaments that are held throughout the year.

Some of these tournaments have a prestigious history of over a hundred years. Anyone competitive and old enough to hold a racket dreams of winning them.

If you would like to learn more, we have prepared the latest information regarding the most important tennis tournaments in the world. Below you’ll find out all about the venues that host them, their history, some interesting facts regarding these tournaments, and of course, their payouts.

Contents show
What Is a Grand Slam?
Grand Slam Tournaments
ATP/WTA Finals and the Masters
Players with the Highest Tennis Prize Money Earnings

What Is a Grand Slam?

If you’re a sports fan, chances are you’ve encountered this term before. It is used as a reference to a set of major tournaments that are played over the course of the same year in sports like tennis, rugby, and golf. Regardless of the sport, these tournaments are the most prestigious annual events. And in tennis, they offer the biggest prizes and the highest number of ranking points (2000 for the winner).

When it comes to tennis, there are four Grand Slams: 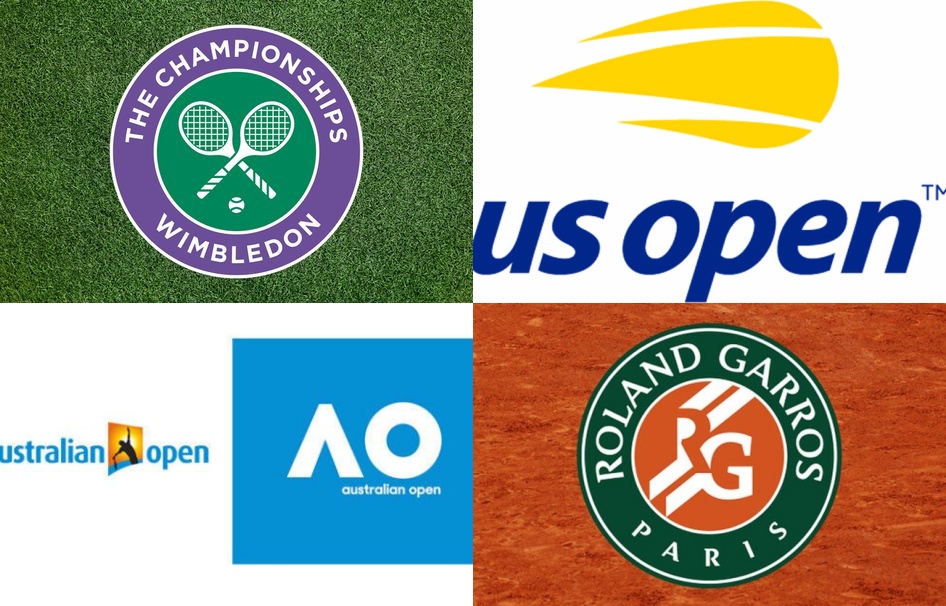 Keep reading to find out more about each one.

Throughout history, there have been many skillful players who have managed to win the four biggest tournaments during a single year. However, the only person to ever win the Golden Slam is Steffi Graf back in 1988.

This helps explain why nobody has managed to score a Super Slam just yet:

It’s incredibly difficult, and the level of competition at the highest level is insane!

Nobody can dispute the prestige and the popularity of the Masters 1000 series of tournaments or the importance of the ATP/WTA finals.

That being said, the US Open, Australian Open, French Open, and Wimbledon are where the big boys come to play. They are the crème de la crème of tennis for players and fans alike. These tournaments are held annually and continuously rake in millions and millions of dollars in prize money.

For a lot of people, Wimbledon is the most prestigious tournament in the world, even when compared to the other three. One of the reasons for that is its history.

It is the oldest tennis tournament in the world, first held in 1877. Another reason is that Wimbledon is the only Grand Slam tournament that is still played on grass, which is considered to be a classic surface for tennis courts. It is played between late June and early July at the All England Club, located in Wimbledon, London.

In the world of tennis, prize money is a good indicator of the importance of the tournament. However, while Wimbledon is considered to be the most prestigious tournament around, it isn’t at the top of the list as the highest-paying one. In 2019, the Wimbledon tennis prize money was $49.4 million, which was an upgrade from 2018’s total prize pool of $44.2 million.

Speaking of Federer, he is the player with the most Wimbledon titles, having won the tournament 8 times in total. He is followed by Pete Sampras with 7, and Novak Djokovic with 5 titles. When it comes to women, the current champion is Simona Halen, while Martina Navratilova has the most singles titles after winning Wimbledon 9 times in total.

Apart from the Grand Slam prize money, there are many more interesting facts about Wimbledon.

For example, did you know that Wimbledon has a strict dress code and that umpires may ask a player to change unless they are dressed in nearly all white?

Even the tennis balls used to be white. However, they were later replaced with yellow ones in 1986, so that they can be more visible to the viewers at home and TV cameras.

Clay courts are known to slow down the ball in addition to producing a high bounce. As a result, many players who rely on their powerful serves have had a hard time playing on clay. For example, Pete Sampras, one of the players who have won the most tennis Grand Slam titles, has never been able to come even close to winning the French Open.

In fact, players who prefer slower surfaces have been dominating the competition for years. One of them is Rafael Nadal who has made clay his home turf and is nicknamed King of Clay by the fans.

And this is why:

Nadal has won French Open a record 12 times, which alone makes him one of the biggest tennis grand slam winners in history!

The Spaniard is followed by Max Decugis with 8 titles from the Amateur Era and Bjorn Borg with 6 titles from the Open Era. The French Open tennis prize money was $46.8 million in 2019. Out of that money, $2.7 was reserved for the winner, while the runner up won close to $1.4 million.

An interesting fact to know about Roland-Garros is that the court’s surface isn’t made out of clay per se, but rather out of different layers of materials. Only the last layer is made of crushed brick about two millimeters thick, which is what gives the court its distinctive red and orange color.

You may be wondering:

“What is the prize money for the tennis US open?”

Stick around to find out.

The US Open was founded in 1881. It is held at the USTA Billie Jean King National Tennis Center in Flushing, New York, in late August and early September, and it is played last out of the four Grand Slams.

The tournament was originally played on grass, and the court’s surface was changed to clay briefly from 1975 to 1977. However, ever since 1978, the tournament is played on a hard court made of rigid material and covered with an acrylic surface that offers better ball bounce consistency.

When it comes to all the tournaments and the rewards, the US Open has the highest prize pool. In 2019, the prize pool exceeded $57 million, which was a massive increase of 13.20% compared to the US Open prize money for 2018 that amounted to $50.5 million. The winner received a payout of $3.85 million, while $1.9 million was reserved for the runner-up.

Rafael Nadal is the current reigning champion in men’s singles, while in women’s singles the title is held by Bianca Andreescu. William Larned, Richard Sears, and Bill Tilden hold the number one spot for the most US Open titles from the Amateur Era, while Pete Sampras, Roger Federer, and Jimmy Connors are the players with most titles from the Open Era with 5 each.

Did you know that the US Open venue is the largest venue designed specifically for tennis games and that it seats more 23,771 people?

Another interesting fact regarding the US Open is related to its trophy. Namely, the trophy is designed by the famous American luxury jewelry retailers, Tiffany & Co, which doesn’t come as a surprise considering the US Open tennis prize money.

The Australian Open was founded in 1905 and, ever since 1988, it has been played in Melbourne Park in Melbourne. Up until 1988, the tournament was played on grass, which was later swapped for a hard surface.

The current reigning champion in men’s singles is Novak Djokovic, who also happens to be the player with the most singles titles, having won down under 7 times. He is followed by Federer with 6 titles. In fact, Federer is tied with Roy Emerson, whose titles come from the Amateur Era.

The Australian Open is the first out of the four and is held in January every year, which is the summer season in Australia. Compared to other tennis Grand Slams, the Australian Open offers the smallest payouts. However, the money is nothing to scoff at, as Australian Open tennis prize money in 2019 amounted to $44 million.

Did you know that the youngest Australian Open winner is also the oldest person to win the tournament?

Ken Rosewall won the tournament when he was 18 and again when he was 37. The tournament also has an Extreme Heat Policy which suspends all play on all courts if the temperature reaches 40C/105F.

ATP/WTA Finals and the Masters

As is the case with the Grand Slams, the Masters series of tournaments are played throughout the entire year and feature a plethora of tennis major winners. Players compete across nine different Masters tournaments and earn points to place higher in the ATP/WTA rankings. At the end of the year, the highest eight ranking players get to compete in the ATP/WTA finals.

In terms of payouts, both the Masters tournaments and ATP finals have significantly lower prize pools compared to the major tennis tournaments. Total prize money varies from one tournament to another, but the Indian Wells and Miami Open have had the highest prize pools with slightly more than $9 million, while the payout for winning the ATP finals in 2019 is $8.5 million.

When it comes to the number of titles, Rafael Nadal is the player with most singles tournaments won with 35 titles under his belt, and he is closely followed by Djokovic with 33, and Federer with 28 titles. However, it is worth mentioning that Djokovic is the only player to have managed to complete the Career Golden Masters by winning every Master tournament at least once.

As you can see, there is a lot of money to be made from playing tennis at the highest. However, the privilege to play at one of these tournaments is reserved for a selected few who have dedicated their lives to playing tennis and are some of the best athletes in the world. After all, if it were that easy, everyone would be winning tennis tournaments left, right, and center.

When it comes to the players who have won the most, one would assume that having the most titles directly translates into being the player who has also earned the most money.

Which is not the case:

For example, Roger Feder has won the most grand slam titles – 20, while Nadal and Djokovic have won 19 and 16 titles respectively. However, it is the Serb who has made the most money playing tennis and earned $135 million so far, while Federer has made $126 million, and Nadal has earned slightly more than $115 million.

Now, bear in mind that all three tennis legends are still going strong, so make sure you keep an eye on this article as we continue to update the facts and figures about the major tennis tournaments!

17 Highest-Paid Tennis Players in the World