Every year the most successful soccer clubs in the world spend millions signing new players or renewing old contracts. Among them, the most valuable soccer teams have squads worth billions. But does that mean they make the big bucks?

If you wish to find out which clubs make the most out of their sponsorships and marketing, we’ve prepared a list of the richest soccer clubs. 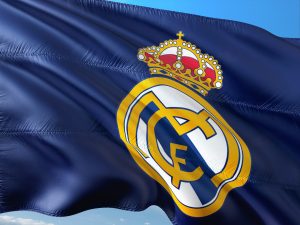 After dropping down to third place in 2017 and second in 2018, Real Madrid is back at the top of the list for the 12th time. At the same time, they are also the first time in history to break the €750 million mark.

If you have ever wondered how much is Real Madrid worth, the club has a €1,19 billion total market value. Eden Hazard, the most recent Galactico signing, is the most valuable player, with a market value of €150 million. 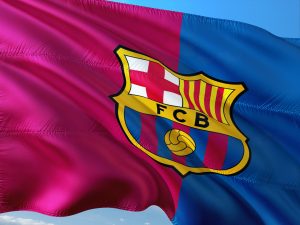 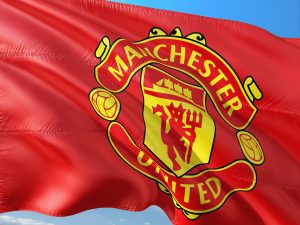 While Manchester United is currently 11th on the list of the most expensive clubs with €753,25 million, that didn’t stop the English club from being on top of the list of the richest soccer clubs for two years in a row. However, United’s participation in the Europa League brought in much less revenue than the more lucrative Champions League, which is why they lost the top spot. 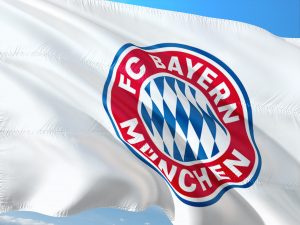 Bayern’s total club market value is approximately €882 million, and they are the team with the highest revenue in Germany, making almost double what their closest domestic rivals, Borussia Dortmund, did. Interestingly, while Bayern is the top-earning soccer club in Germany, they are second to last on our list of the top ten richest clubs in the world in terms of revenue generated from broadcasting. 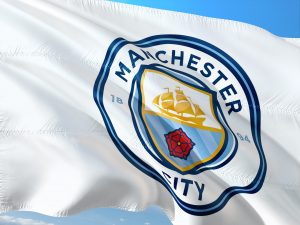 The most expensive football club in the world continues to grow. With more than €1.28 billion in total market value, Manchester City has surpassed the £500 million for the very first time. Among the top 10 on our list, City has the lowest matchday revenue, making €63.9 million. 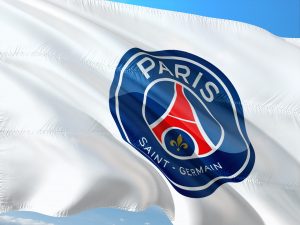 Signing Kylian Mbappé (market value €200 million) and Neymar (market value €180 million) has had a positive impact on PSG’s finances. Despite getting knocked out in the round of 16 of the Champions League two times in a row, Paris Saint-Germain still remains one of the richest clubs in the world. 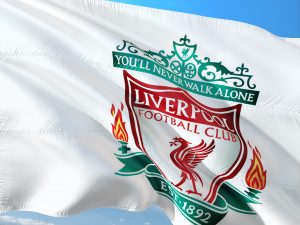 Earlier this year, Liverpool won the European Champions League for the sixth time overall and the first time since 2005, which makes it one of the most valuable sports teams. The team’s performance had a positive impact on their finances, and they managed a 25% revenue increase compared to last year, which is the highest increase among the top ten teams on our list.

Currently, Liverpool’s total market value is €1.07 billion, with Egypt forward Mohamed Salah being their most expensive player with a market value of €150 million. 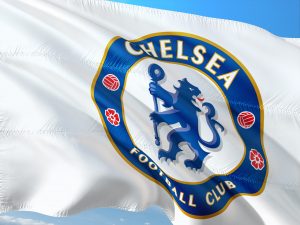 Chelsea has been sitting comfortably in eighth place on the Money League list for four years in a row, and it is easily one of the richest clubs in England in 2019. However, with a market value of €807 million, the team is unlikely to climb the ranks in the foreseeable future. Chelsea has already signed new partnership deals for several upcoming years.

Failing to qualify for the Champions League took a serious toll on Arsenal’s finances. They’ve dropped three places on the list, which is the lowest they have been since 2004/05. While they have a total market value of €690 million and signed a lucrative partnership deal with Visit Rwanda, the Gunners will struggle to retain their position next year. 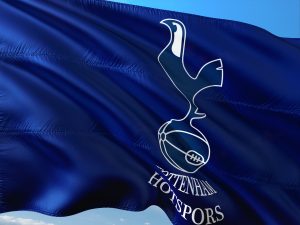 Tottenham Hotspur achieved a 44% commercial growth of £31.5 million after signing a new deal with Nike to replace Under Armour. In addition, they managed a 54% growth of £26.5 million after temporarily playing at Wembley while their new stadium was under construction. The successful run to last year’s Champions League final, which Tottenham lost to Liverpool, helped double their average attendance and secure the number ten spot on the list of the richest soccer clubs, just ahead of Juventus. 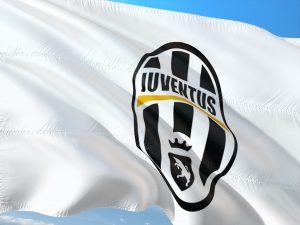 Despite a commercial growth of €22.7 million and a seventh consecutive Serie A title, Juventus’s broadcast revenue took a major hit (a €33.1 million decline). The club’s early Champions League exit meant they dropped to 11th place on the list of the richest clubs.

However, the signing of Cristiano Ronaldo has brought lots of commercial benefits, and Juventus just might manage to nudge themselves into the top 10 next year. 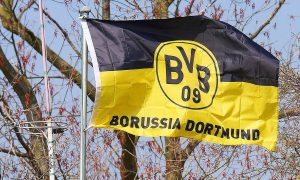 With a €640.50 million total market value, Borussia Dortmund is one of the most valuable soccer teams. However, that might be a subject of change in the future, as the team had less income overall, resulting in a loss of €15.4 million compared to the previous year. 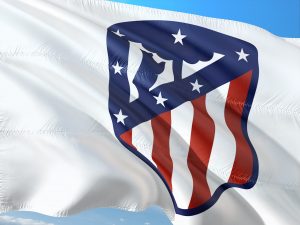 Despite a matchday growth of 39% (€15.8 million) and commercial growth of 27% (€18.9 million), Atletico is still ranked 13, holding the same position for the third consecutive season. What’s more, the team has achieved an attendance growth of 24% after moving to the brand new Wanda Metropolitano stadium. Currently, the team has a total market value of €872.5 million. 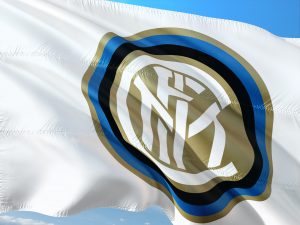 After the team was acquired by the Chinese electronics retailer Suning in 2016, Inter has been gradually improving its revenue stream and securing its place as one of the most expensive football clubs. In just three years, the team has managed to dig its way up from 20th place and is now sitting at 14 with good chances of climbing even higher. 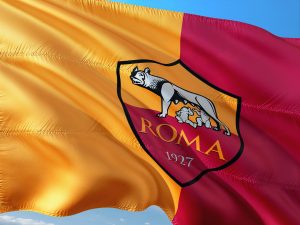 Roma’s matchday growth of 44% (€10.9 million) and commercial growth of 46% (€15.1 million) was a direct result of their excellent performances, which saw them reaching the semi-finals in the Champions League. Additionally, Roma received an up-front payment from Qatar Airways, which all lead to the team increasing its total revenue by a whopping 46%, which made it one of the richest football teams. 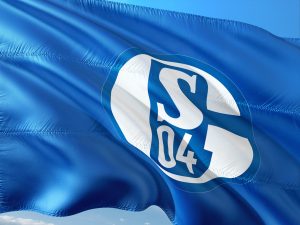 If you like numbers, you’d be pleased to know that Schalke, number 16 on the Money League list, has made 16 consecutive appearances in the top 20 of the richest clubs list.

The team managed a 6% growth compared to last season, earning an additional €13.6 million. Surprisingly, they are currently ranked 55th on the list of clubs with the highest market value, with €207.9 million. 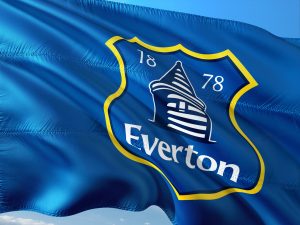 After replacing shirt sponsor Chang Beer with Sport Pesa, returning to Goodison Park stadium, and qualifying for the Europa League, Everton managed to grow their revenue by 10% (£17.4 million) and climb to the 17th position, which is their all-time high on the list of the richest soccer clubs. 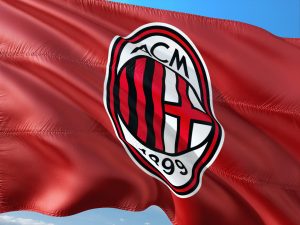 Ever since 2014/15, Milan’s failed attempts to bring European football to its stadium have taken their toll on the club’s finances. However, with recent changes in senior management, a new kit partnership with Puma, and the return of Gennaro Gattuso as manager, the team has been slowly improving their revenue streams, resulting in a climb back to the top 20 in the Money League. 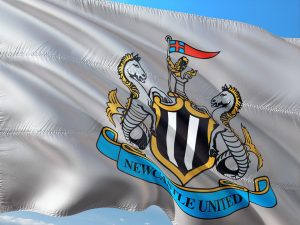 Newcastle United might not be the richest club in England in 2019, but the team has almost doubled its revenue compared to last year, mainly due to promotion back to the Premier League. The Toon witnessed an incredible 167% growth in broadcast revenue, resulting in £79 million in total from the broadcasting rights. Currently, the Tyneside club has a total market value of €273.58 million. 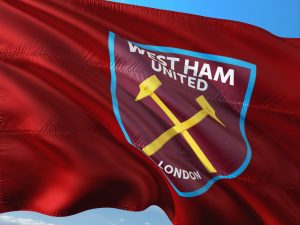 West Ham United is currently ranked 26th on the list of most expensive teams, with a market value of €348.75 million. Even though they didn’t participate in any UEFA club competition and their revenue declined by 4% (£8 million), West Ham still managed to retain their place in the Money League top 20. 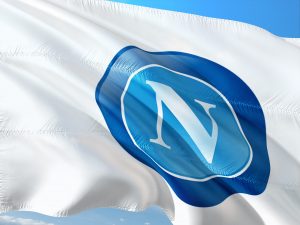 Napoli is yet another rich club hailing from Italy. After narrowly losing to Juventus to secure the Serie A title and struggling in the UEFA club competitions, Napoli have dropped two places.

However, if they manage to pass through the group stages or go even further in this year’s Champions League, Napoli just might nudge themselves back into the top 20 on the Money List. 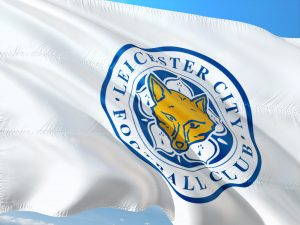 Leicester City has a current total market value of €410,25 million, ranking them 22nd on the list of the wealthiest soccer clubs. The team have had several turbulent years since famously winning the Premier League in 2016, and their matchday revenue fell by 22% to £12.9 after failing to secure a place in UEFA club competition tournaments last season. 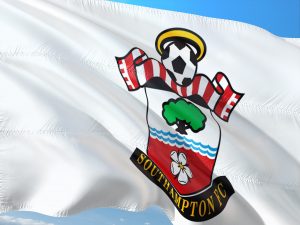 While they are not the richest club in the world, Southampton have been doing alright, so far. However, Southampton’s relatively poor performance in the Premier League last season resulted in a loss of revenue. 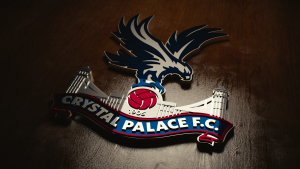 Most of Crystal Palace’s revenue comes from broadcasting rights, netting them £116.9 million compared to last year’s £78 million, which is a huge increase of 49.9%. What’s more, the team also saw its commercial revenue increase by 16.7%, from £10.2 million to £11.9 million. 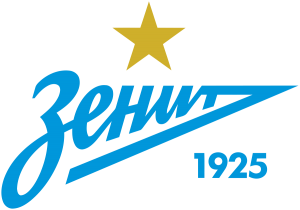 Zenit skyrocketed to the Money List back in 2016, securing the 17th place and becoming one of the most valuable soccer teams in the world. However, ever since then, the team’s revenue has been on a slow decline, which sees them dropping down to 25th place.

Currently, the total market value of the team is €212.60 million, ranking it 52nd on the list of most valuable teams. 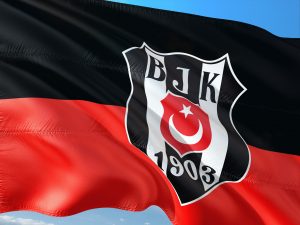 After moving to a new stadium, Besiktas took advantage of the new commercial and matchday opportunities to increase their revenue. What’s more, after their decent performance in the Champions League during the 2017/18 season which saw the team reach the Round of 16, Besiktas emerged as the highest revenue-generating club in Turkey. 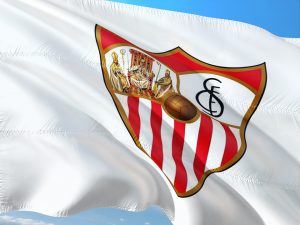 With a total market value of €283.20 million, Sevilla is the 7th most expensive soccer team in Spain. After several transfers in the past few years and new broadcast deals, Sevilla has managed to climb up the Money League table and is looking to keep its 27th place. 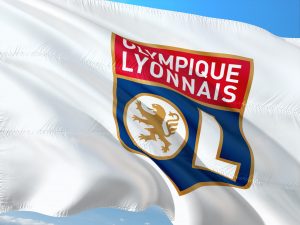 While Lyon is currently near the bottom of the Money League, they have announced record revenues of €223.8 million, mostly due to their performance in the Champions League. Needless to say, if things remain the same or improve for Lyon, they will be making a big leap higher up the list. 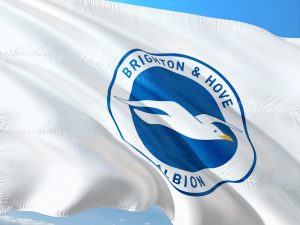 You would hardly have called Brighton a rich club several years ago, but after a decent run in the FA Cup and their first-ever season in the Premier League, Brighton’s revenue is off the charts. In fact, it rose from £29.2 to £139.4 million, which was an astonishing increase of 377%!

And that’s not all. 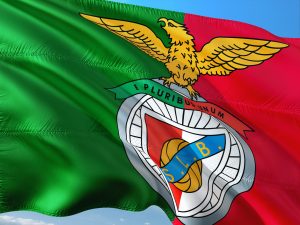 By combining commercial growth with astute player transfers, Benfica managed to remain among the leading clubs on the Money List, even though they were eliminated in the group stages of the 2017/18 Champion League and failed to earn substantial Champions League money. 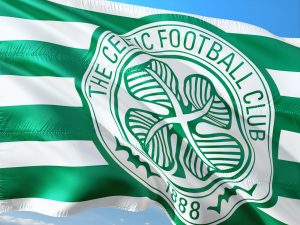 After managing to secure a second successive treble-winning season, Celtic have breached the £100 million mark. Interestingly, the Scottish team has a total market value of €93,60 million, which is one of the lowest on the Money League list.

While Celtic is a long way from being one of the richest soccer clubs compared to some of the giants on our list, they might manage to overtake Benfica and climb up if they have a good run in this season’s Europa League.